We dropped anchor in Wreck Bay, San Cristobal, early yesterday morning.  During our final approach, as the shapes of the hills became clearer in the early dawn, we could smell the island. A warm and earthy, almost orangey sweet smell.
We picked out the light marking Five finger rock, turned to port and crept into the bay. It was so still and calm. Anchor down and it held firmly first time. Rob said  “Welcome to Galapagos, Jo!” and it was an amazing feeling. Tintin has brought is safely and happily over many thousands of miles to this incredible place on the earth.

Sailing just the 2 of us over the previous 6 days had been a new venture. There were no difficult conditions for us to manage on our maiden 2-up voyage. We divided the night into four 3 hour watches and used the day to catch up with sleep if needed, and usually by the afternoon we would both be up and about. Occasionally we would need to wake each other mid watch to help with sail changes, but not often. It worked well, but I’m glad that we will be three on board for the next stage, which is longer than our Atlantic crossing.

Having been led in to port by a booby flying just in front of us, the next welcome was from a lithe sea lion who jumped up onto the steps at the stern just after we anchored. He gave us a look as if to say,” aren’t you going to welcome me on board?” before thinking again and slipping back into the water.

We weren’t allowed ashore until Tintin had been inspected by the authorities. How many people do you think were involved?

A dive boat with 3 on board came by first to inspect and take photos of the underwater part of the hull. No barnacles found - all good.
Next a heavily laden water taxi boat with the Galapagos agent Antonio and 11 others on board.

11 trooped on board with as many clipboards with forms to complete.
They checked our fresh food and removed some cheese that was past its sell by date, askEd if we had any beef on board, asked to see some pasta and checked the sell by date on that!
They checked our flares and life jackets, and our first aid kit looking at the expiry date of any medication.

Antonio the agent liked the name of Tintin. He said you should play that music that goes Tintin Tintin, Tintin Tintin ...and hummed ( can you guess the tune?) Carmine Burana! So we played it loudly for him and he beamed.

Many questions later (and even more signatures), we were deemed to have passed and they all trooped off to the next boat awaiting its check.

Today, the final ARC boat has arrived safely in. The community of sailors are getting to know each other better and better and there is a lot of care and concern for each other, so it is a cause to celebrate when we are all gathered again after a leg of the voyage.

After a wonderfully unbroken long night of sleep last night, we have started to explore the island. 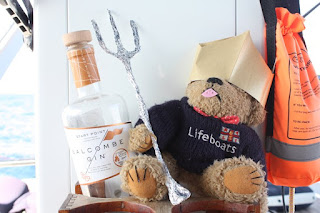 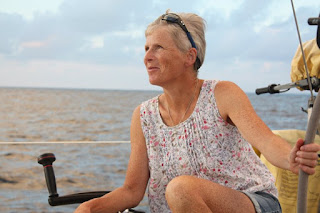 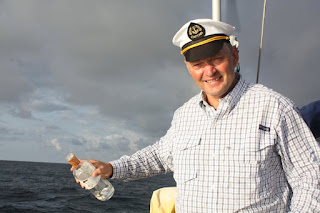 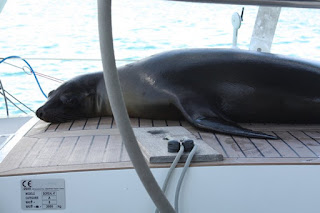 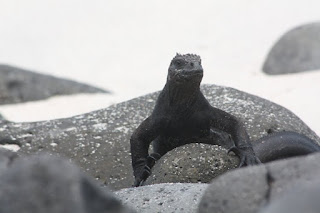