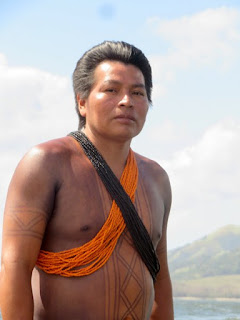 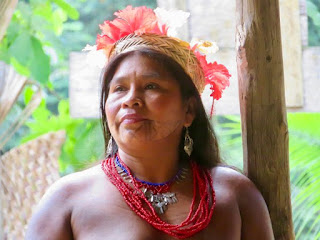 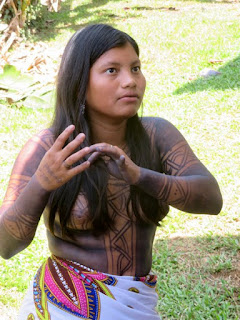 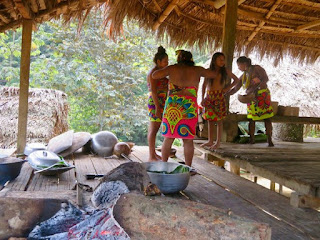 A few days ago we visited a village in the rainforest called Emberapuru.
The Embera Indians are one of 7 indigenous tribal groups within Panama.
They used to occupy territory bordering Columbia in the Darien region,
but were forced to relocate when military activity encroached on their
lands. In the 1960s this group of the Embera Indian tribe moved west  to
an area of forest by the banks of the River Chagres, which has since
been designated National Park by the Panamanian government. The Embera
villagers govern themselves, and have actively decided to continue with
their traditional ways of living. Their children attend secondary school
in local towns, and as they grow up they decide if they want to stay and
live traditionally or move away.

It was a fascinating day. Here are some of Nicki's photos:
Posted by Rob Withers at 17:59