Yadua Island turned out to be a real treasure, the reef was stunning with magnificent corals and lots of fish with a few sharks, turtles and sea snakes thrown in for good measure.
We kept the dive compressor running and all four of us dived three days in succession.
We had three very social evenings the first night with 25 people on board TinTin in Savu Savu, the next night on Cabana on the way to Yadua and then on-board Zwerver in the Yadua anchorage. The other boats moved on to meet/pick up friends and family leaving Tintin alone in Yadua with overnight visits from an Australian Catamaran and a couple from Vancouver.
Nicki cooked a vegetable curry for dinner last night, it was seasoned to Nickis taste buds and I suspect some are still looking for where their socks landed after being blown off!
The departure from Yadua reef was busy as we hooked several fish landing 3 with one reasonably sized Spanish Mackerel - we were sailing along at 7-8 knots in a stiff breeze and a slightly choppy sea and no photos were taken. As the sea flattened and the wind abated we hooked a large fish which put up a good battle, expectations were high of another big yellow fin tuna so there was some disappointment when a 2.5m Bronze Whaler shark was finally brought to the surface - good fun, but it was a unanimous decision to release and not attempt to bring on board.
A large school of dolphins joined us on the sail today, dark coloured with white spots on their backs and white colouration around their beaks - not sure what type, possibly spinners.
We have been joined tonight in our anchorage by two other boats from the World ARC, Aurora B and Charm.
Richard signing out 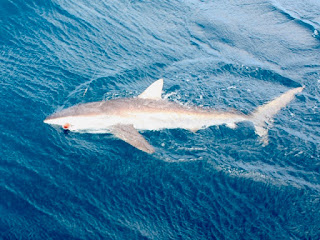 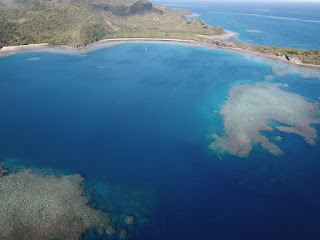 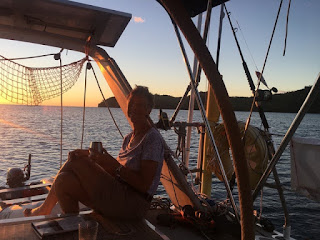 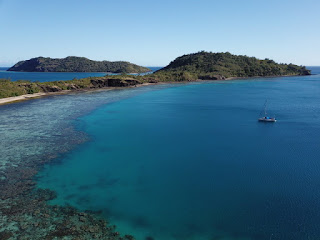 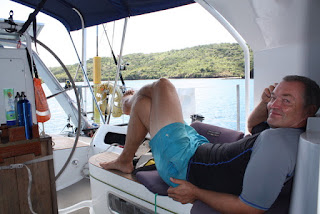