Getting Ready to depart Musket Cove

All the boats are assembled and getting ready to leave after a big Fijian feast last night, we had a personal Cava ceremony, just the four of us and four large Fijians. The centre piece of the feast was a large pig cooked on a spit over an open fire. The Pig roasting started at 10am.
One of the other boats, Charm, left it a little late in the day coming into Musket Cove and ended up aground on a reef - they were assisted off and have no major damage but a good reminder that you can't be too complacent around the coral reefs.
The drone images make Tintin look quite small next to Nikitoo (a 62ft Oyster).
Musket Cove has been a great way to end our time in Fiji, we'll be off early tomorrow morning and the fishing lines will be deployed as soon as practically possible….
Richard out. 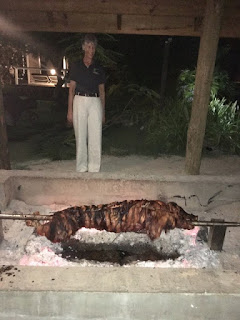 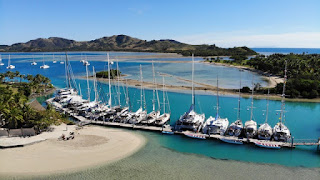 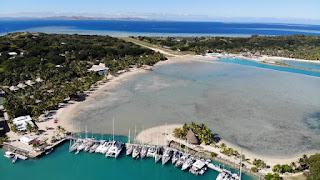 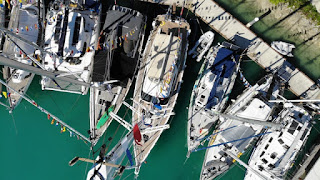 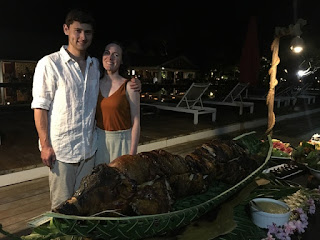