The Long and (not) Winding Road

This year's Tour De France has many beautiful and wonderful stages meandering through fantastic scenery.  And this one. At 134 miles, it was a long stage and despite the lack of classified climbs, it undulated up and down 5,500 feet over its length - but it was the straightness of the road that was amazing - disappearing 5, 10km into the distance.  I think everybody found it a trial and was glad to arrive. 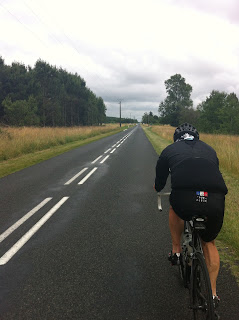 I was in a quite a large group for most of the day - the second group on the road.  It consisted of several people who should be in such a group (such as me - provided it was a flat day), plus quite a number of the fastest riders who just couldn't be bothered to ride hard today. 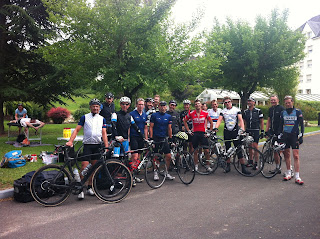 Incidentally I gave a brief talk to everybody last night about Chiltern Lighthouse Mentoring which seemed to be well receieved.  I think many of the guys would make great mentors, but there aren't many charities like ours around.  Food for Thought.