Just off the coast at Kaikora the sea floor drops into the Kaikoura canyon. A meeting of nutirent rich waters from the far south meets warmer tropical currents and results in an endless buffet for sea life, ranging from giant squid in the dark depths to fish, krill and plankton higher up. A large part of Kairkoura's economy is supported by visitors coming to swim with seals, and to watch dolphins and whales - from the air in little planes or by boat. James and Katherine (Heath) has stopped at Kaikoura on their way south (we had missed it by driving the Molesworth staion road) and had taken the opportunity to go whalewatching. Hearing their stories drove me to convince Rob to take Kaikoura in on our way north, while the Heaths remained on the west coast. We arranged to meet up again at the Abel Tasman National Park in the NW of S Island in a few days.

We weren't to be disappointed.

Out at sea over the Kaikora canyon, a sperm whale had surfaced just as we arrived. Their pattern of behaviour is to dive after a deep breath for around 50 mins, searching for prey with sonar then "machine gunning" the prey with 230 decibel sonar waves to stun it, then swallow it whole. Then the whale returns to the surface to breathe and relax for about 10 mins before diving again. They need to eat about a tonne of food a day. Everything about sperm whales appears to be awesome (a word used a LOT here in NZ!)  from their 60x1Kg teeth to their 2.5 tonnes of spermicetti oil carried in their forehead to help them control their bouyancy (by varying its temperature and therefore its density).

We sat about 50m away from this enormous creature as it floated and blew from its spout for a while. Then it arched its back ever so slightly and up came the fluke (its tail) to provide us with the perfect photo op. 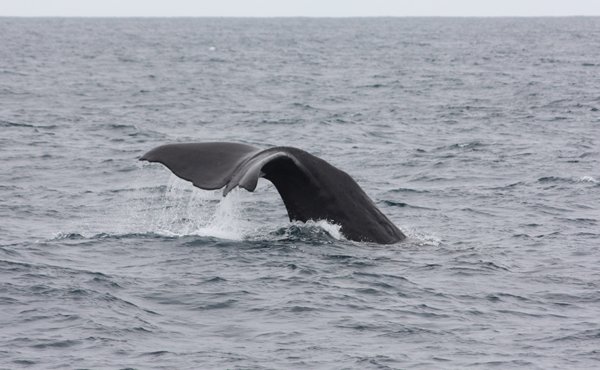 And to completely make my day, Rob spotted a big bird that came right up to us and landed on the water nearby. It was an albatross, with a huge wingspan and such apparently effortless gliding and soaring. Other birds appeared, terns having a dogfight with an arctic skua who wanted their catch for lunch, petrels and 2 other sorts of albatross - a Mollyhawk and the others I will have to look up to identifiy. 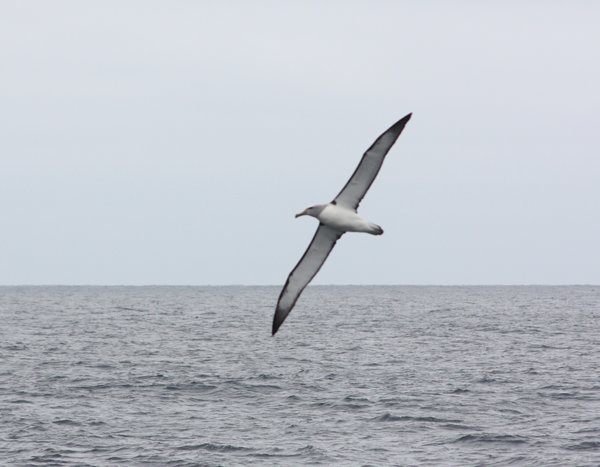 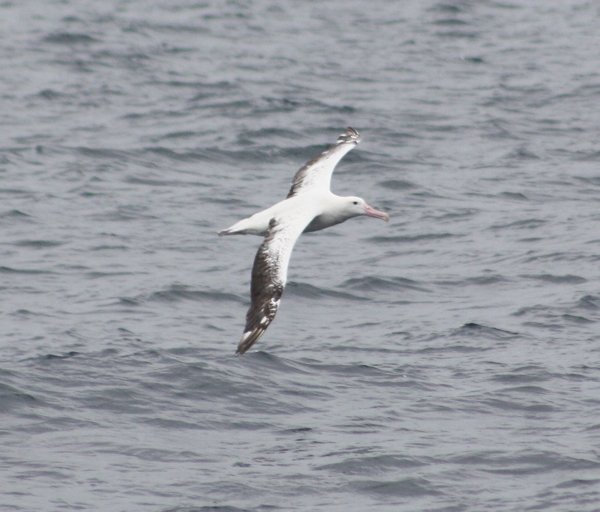 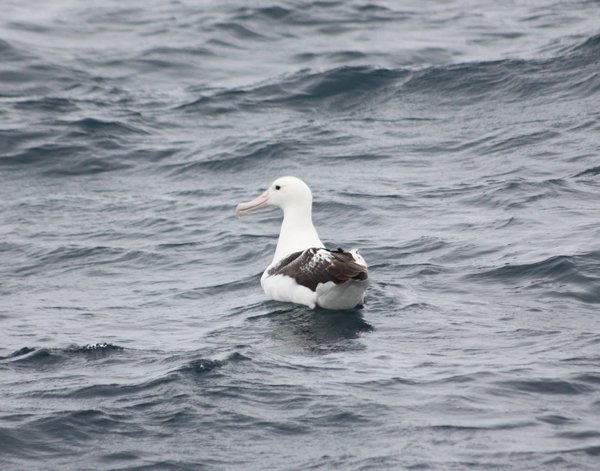 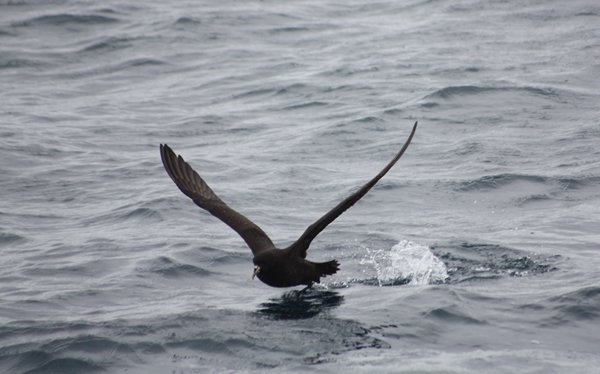 This was a memorable Valentine's Day!
Posted by Rob Withers at 21:12